How it all began

From 1933 to 1940 the southern and central Great Plains region of the United States suffered through a severe and sustained drought known as the Dust Bowl. Crops failed and fields were left unprotected from the unrelenting winds common to the region.  Soil eroded and was blown away, creating massive black dust storms that affected areas as far away as New York.  The storms blotted out the sun and contributed to extremely harsh living conditions. 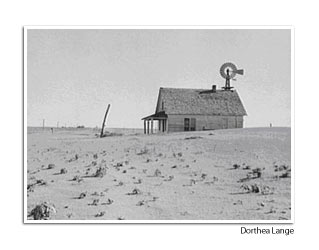 In 1935, Congress unanimously passed the Soil Conservation Act declaring soil and water conservation a national policy and priority. The Soil Conservation Service (SCS), now the Natural Resources Conservation Service (NRCS), was created under the act to develop and implement soil erosion control programs. President Franklin Roosevelt recognized that local leadership was needed to help coordinate the efforts of the new federal agency and tie it into local conditions and priorities. As a result, he wrote the governors of all the states in 1937, recommending legislation that would allow local landowners to form soil conservation districts.

We are a non-regulatory political subdivision of the State of Washington.  Our district includes all of Chelan County.  Our mission is to encourage wise stewardship and conservation of all natural resources for current and future residents of Chelan County.  We work toward cooperative solutions that result in the greatest benefit for the greatest number of people.  Follow the links to the right to meet our Board & Staff members, federal partner, and supporting organizations.